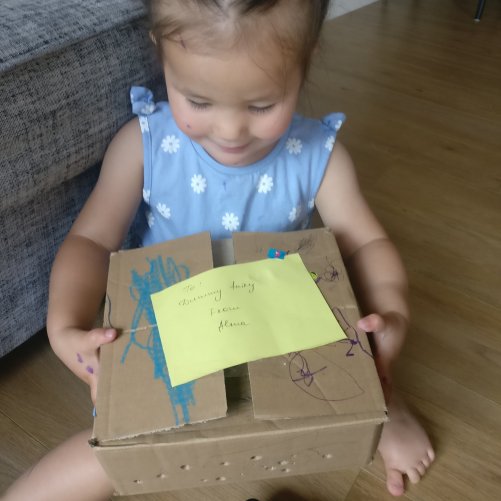 So today Alma said goodbye to her dummies. We were preparing for this moment for awhile, trying to find the best time to do it so it would coincide with a weekend, or not coincide with her being poorly. In the end she has pretty much made a decision herself. She was dummy free for 48 hours, that’s 48 hours of not asking for one and going to sleep absolutely fine without it. Then she had a major meltdown in a car park screaming “My dodi (that’s dummy in Alma language), my dodi!’ so I’ve given in and let her have one. After coming home I’ve decided to take a plunge and to send them to the dummy fairy like we did with Askar. So here’s a plan if you want to do it our way.

Find a cuddly toy that your child is likely to love cuddling for comfort.

Find a box to fit the said toy.

Ask a neighbor or someone available to come on the said day to do dummies fairy’s job of swapping dummies for a toy.

Introduce the idea quite a few times. Askar was very helpful for us, he kept telling Alma how the dummy fairy is going to come take away all her dummies and give them to babies, and leave her a nice toy in exchange. He was also telling Alma that that’s what dummy fairy did when he was little and that she’s soon going to be too big for dummies. Thanks pal, you did all of my work for me. Obviously with Askar, my first, I had to talk to him about it for couple of weeks beforehand. I looked at buying dummy fairy packages or books available online but being married to a Yorkshire man I decided not to spend money either time.

Find a good day to do it.

On a day: take a box and let your child decorate it nicely, talk about what’s going to happen and ask them to find all the dummies in the house. Ask your child to put dummies in the box, seal it up loosely, so poor dummy fairy doesn’t have to struggle to get them out. Notify the “dummy fairy” to get ready. I used telephone discretely to text Place a box outside the door, distract your child for a few minutes. Let the “dummy fairy” know, ask them to ring the bell. Go get the box and open it together with your child, make sure you say: “dummy fairy got you this toy instead of your dummies” or something along the lines. If you are more creative than me you can make a certificate, or get stickers, or use some kind of “magic” sprinkle to make it look like dummy fairy isn’t a lazy 32 year old Asian lady (that’s me by the way).

And be ready for a few miserable days. 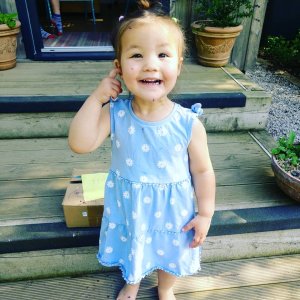 View all posts by Motherhood adventures